Star Trek betrays its Utopian ideals in several ways, but the seemingly omnipotent Computer ranks right up there with the replicator1 and holodeck as civilization-altering technologies. Humans were made to talk. Speech is too basic to even be on the tech tree, and I’ve spent my whole life wishing computers would respond intelligently to spoken commands.

Unsurprisingly then, the Amazon Echo is an intriguing product. Yet, I still haven’t bothered to get one. I’m sure I’ll cave eventually, but for now I’m waiting for that killer feature I can’t live without. Ironically, what I most want to use it for is literally it’s number-one selling point: music. 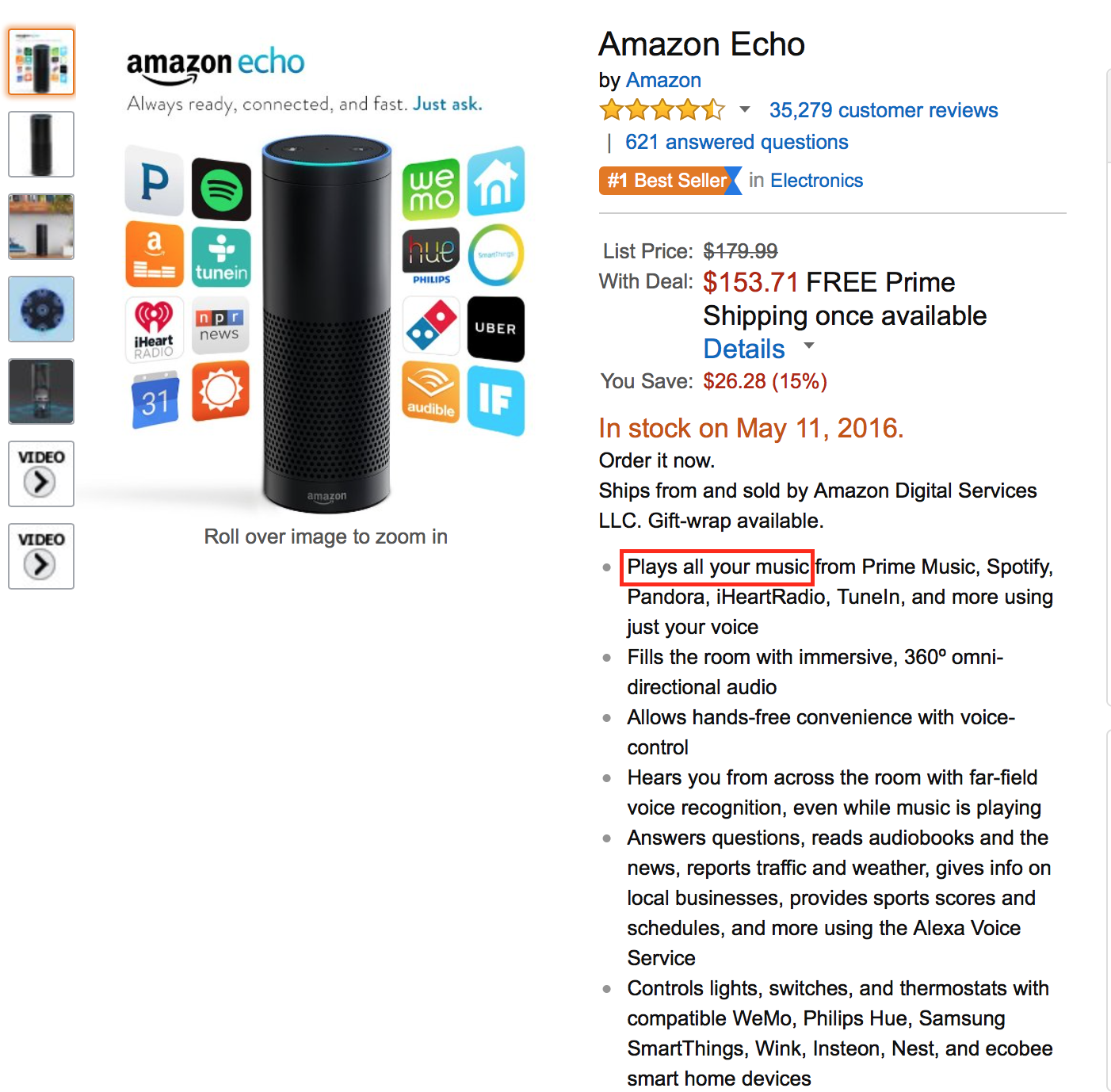 Here’s my problem. I must be old,4 because I can’t get behind streaming services. I buy two or three albums a year; it’s cheaper to buy what I like than pay for Spotify. That said, I did rip all my 90s punk and grunge to MP3 and suck it into iTunes so I could listen to it for free.

What I want is to point Alexa at a NAS2 or other iTunes library (even better my iTunes Match account, but I’m being realistic here) and have her create and curate custom playlists from my library using only voice commands. If I say:

I want her to create a Pandora-style playlist on the fly using the songs in my library. I’ve already curated that library, so she’s got a good chance at playing what I like, and if not, she’s listening for me to say:

Alexa, that’s Taylor Swift, and not really anything like Nirvana.

Alexa, play something similar to this that I don’t own.

Which should obviously require her to support:

Alexa, nice work. Buy that song for me please.

The parts are nothing new: we have Pandora and other self-curated, algorithmic playlist services, and I have iTunes to play the music I already own. But there’s friction in voting on songs, there’s a friction in loading an app to start playing music, and even a little friction can make all the difference. So for now I await the future when I can tell a computer to play me music I like, and she responds, all while I’m washing the dishes.