Wordle is apparently taking the world by storm, so leave it to engineers to try and break it.

In this table, the frequency column gives the percentage of words in which each letter appears.

But Wordle needs words, not letters, so I took things a step further and thought of words that use the top letters—in as close to ranked order as possible. (I skipped “C”, which is used in 3.3 percent of words.) 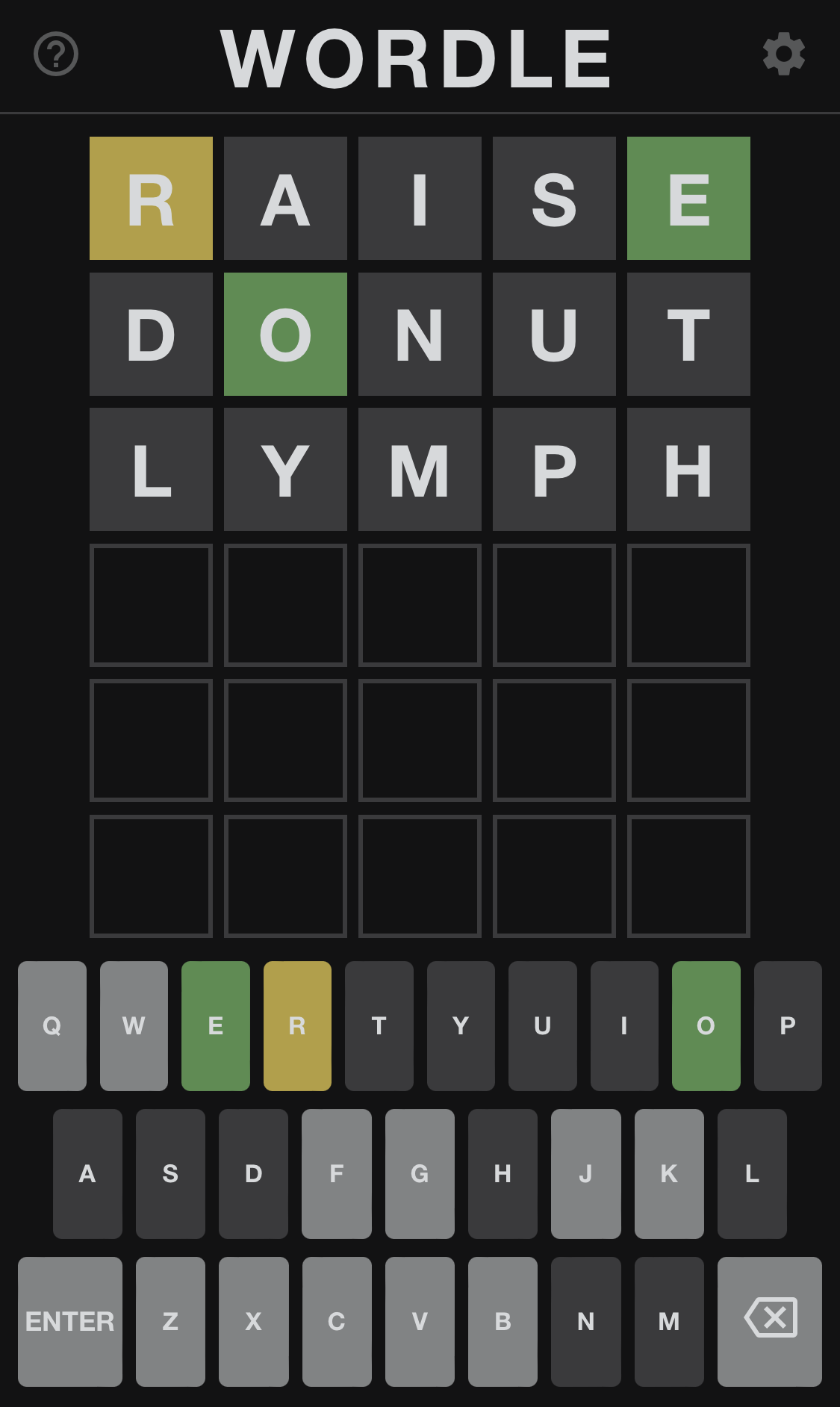 Sometimes it doesn’t seem to reveal much, but every vowel is used once-and-only-once, and the list of reasonable consonant choices is pretty cut down. Seemed to work fairly well the first two times I tried it.

Sorry not sorry to ruin the fun.