When I moved to West Seattle, every current resident asked if I’d heard about the West Seattle Blog. It was required reading, I was told, for staying informed about our little part of the city.

Almost four years later I still skim every headline, read what’s relevant to me, and yes, recommend it to new residents. WSB is my portal for local news, and I thought of it immediately when reading Ben Thompson’s piece The Local News Business Model.

That hyper-local focus is exactly right. I go to the MMQB to read about the NFL, XKCD for the funnies, The Daily for national news, Ars Technica for science and tech, and yes, Stratechery for business insight. That’s because those sources are best-in-niche and I like their style. I don’t need a newspaper to aggregate all of these disparate interests anymore. I throw their feeds into my RSS reader to make my own daily newspaper.

What doesn’t track with Ben’s advice are the business operations. It’s not a subscription service, so the site is festooned with advertising that I never see because I interact with the site mostly through RSS. That said, I definitely see the native advertising that shows up in the feed (e.g. sponsored announcements of new businesses) and it is often useful because it’s also hyper local.3

It’s massively impressive that a two-person team is the de facto paper-of-record for a neighborhood of 90,000 25,000 people. Perhaps they could make more money with a fee-based business model and fewer readers, but I suspect as long as the local advertising model holds up WSB will stick to what they know.

Update: Thanks to a tweet from the WSB itself, I realized I’d misread the linked population stats, which defines West Seattle as a very small part of what that phrase typically means.4 (It’s a lot like Hawaii being both the name of a state an one of the many islands that make up the state.) 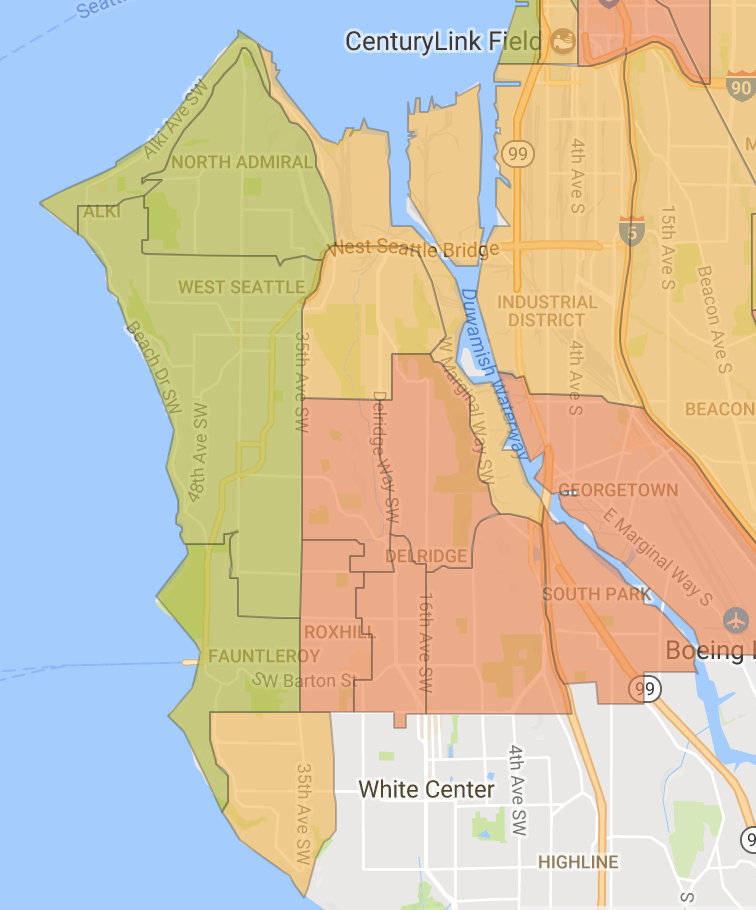 By adding up the following neighborhoods defined in the original source I get 90,000:5