Back in 2001 I was a co-op at NASA’s Johnson Space Center. My mentors encouraged me to write a paper on that semester’s work, which was finally published in the Nov-Dec 2003 issue of the Journal of Spacecraft and Rockets. The title’s a little wonky, so I based the slug on the name we gave our little project: RAPid Trajectory Optimization Resource (RAPTOR), which if I remember correctly doesn’t appear in the article at all (mostly because I was a little ashamed at how long it took us to come up with such a mediocre acronym).

The reason I’m thinking about that paper all these years later is an piece about A New Model for Scientific Publishing, which was based on this article. In general, I’d say its figure depicting the current process pretty much reflects my experience (although the JSR was my first choice). For me paper writing started in early 2002 and it took two full years to see publication. 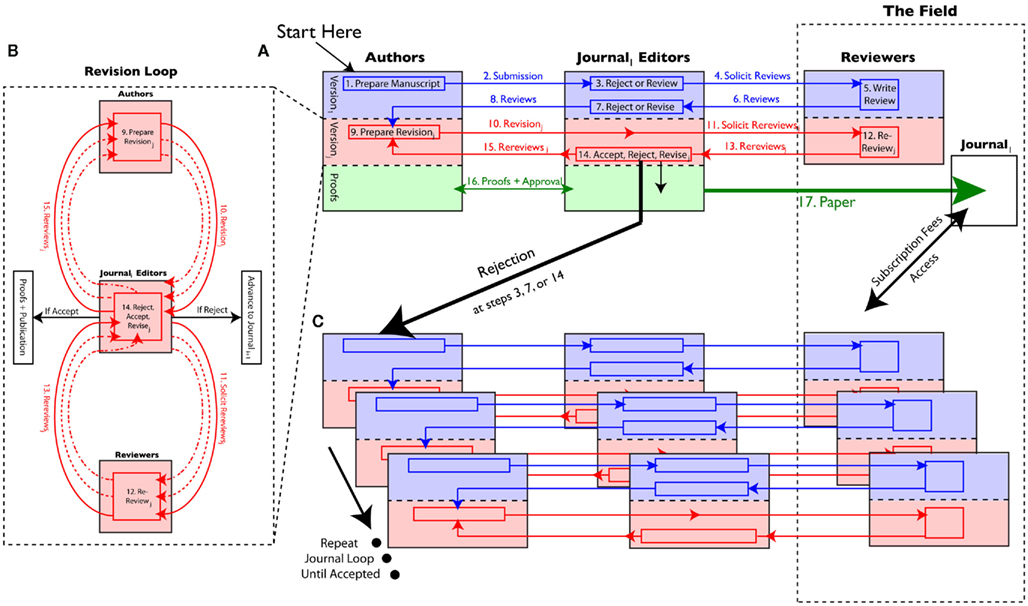 from the link above at Bradley Voytek’s Oscillatory Thoughts